This is a growth market 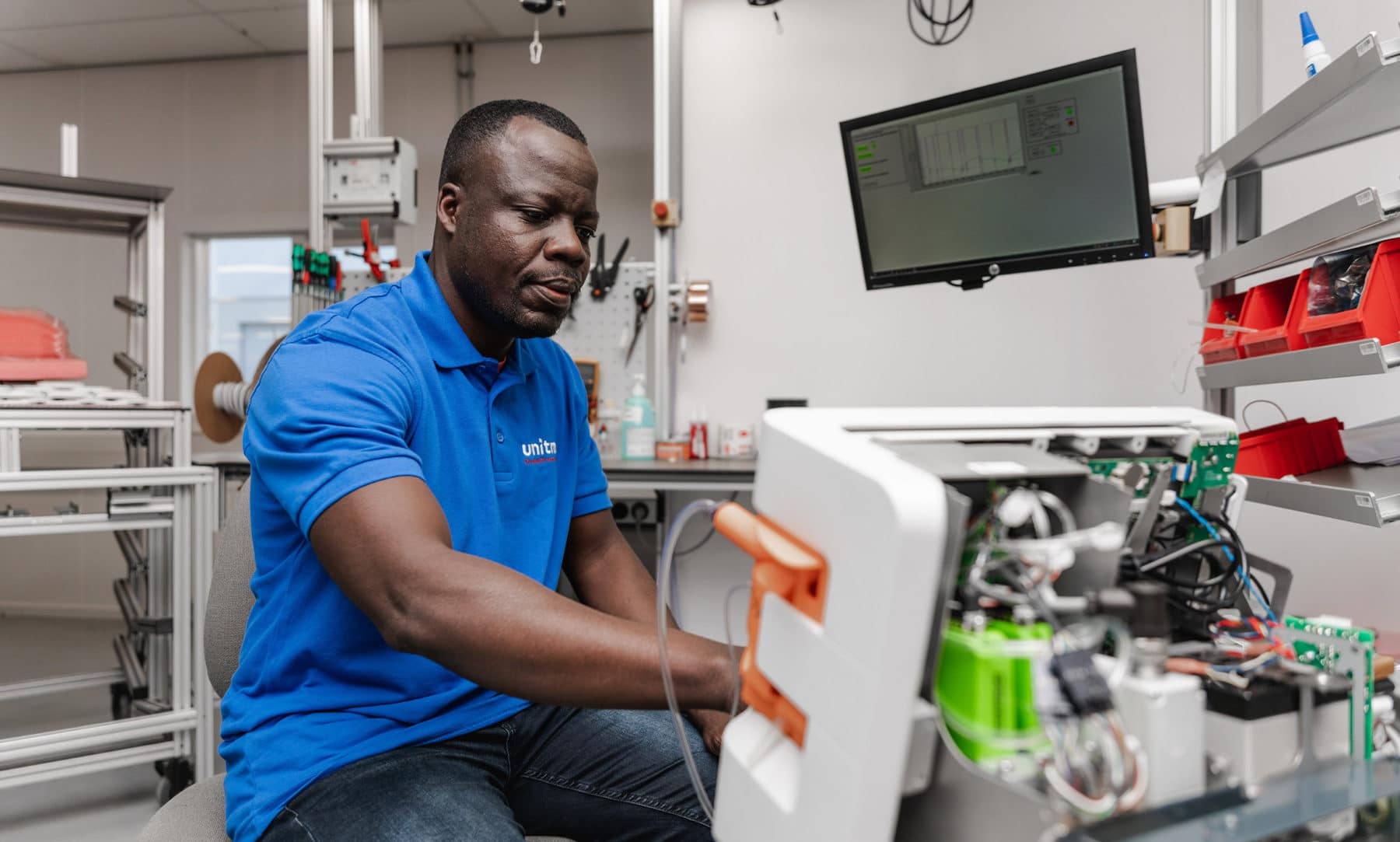 The Zeeland-Twente-based Unitron sees a bright future for itself as an independent player in the life-science sector. 'This is a growth market'.

In January, Innovation Origins published an article about Unitron’s areas of expertise within the life-science industry. During the beginning of the corona crisis, the Dutch company Unitron pulled off a an incredible feat: within ten weeks, production of lung ventilators increased twenty-fold. And it isn’t stopping there. The company foresees continued growth.

Unitron has branches in IJzendijke in Zeeland-Flanders and Hengelo (Overijssel). It works on behalf of ‘end customers’ who then handle the market introduction of the product. The company employs 75 staff.

Unitron is active in a growth market. People are growing increasingly older and need medical products more often. The branch in IJzendijke, where we spoke to commercial director Pieter De Wilde (41), mainly concerns itself with R&D, Design Transfer and production’’. “Our turnover is for 80 to 90 percent down to medical equipment, in a format that can be placed on a table. Respirators, a monitor that measures volume and pressure in the heart via a catheter, a device to transport organs and the smallest insulin pump in the world. We serve as an intermediary. To cite an example, we are building that insulin pump for Vicentra, a Dutch scale-up.”

So, you won’t find the name “Unitron” actually on the products the company makes. But that does not mean that the company’s sense of responsibility is any less. De Wilde: “That’s huge, because we are dealing with medical products. Apart from start-ups and scale-ups, we are also working more and more for corporates such as Philips. We obviously disclose this, because then other clients will realize: if they work for those companies, they are capable of something. For a start-up, we can handle the entire chain of research & development, certification, production, lifestyle management and maintenance. Philips has all these components in-house, so there, we limit ourselves to the production of the NightBalance sleeptrainer, a training device for people with sleep apnea.”

Zeeuws-Vlaanderen is, with all due respect, a remote corner of the Netherlands. De Wilde: “Until last year, we were always able to easily attract new employees. But the labor market is getting tighter now. For example, some of our employees studied in Eindhoven but were born here. After studying and having children, they often move back to Zeelandic Flanders, where the houses are bigger and cheaper and also close to their grandparents.”

Unitron is an independent company with only a few shareholders and a turnover in 2021 of about €13.5 million. The company is very attached to its independence. De Wilde: “We hear a lot of innovative ideas from clients and we also launch these ourselves. Our independence allows us to brainstorm freely together with our clients. The fact that we are not owned by some multinational is important to them.”

Corona brought advantages and disadvantages to Unitron. De Wilde: “In February 2020, we were making two lung ventilators a week. A month later we received a request to expand our production. Another ten weeks later, we were making 40 per week, in two shifts with 15 extra people. That lasted only a short while, until the market was saturated. But we showed then that, as a small company in particular, we are able to switch gears at lightning speed.”

During the beginning of the corona crisis, all manufacturers of lung ventilators were faced with a shortage of components. De Wilde: “There are only a few companies in the world that produce these components. That’s when the advantage of having an excellent procurement department with a good network became obvious. A certain component came from Germany. So an employee from our procurement department arrived at that German company at five o’clock in the morning to take delivery of a box of components and then drive back to IJzendijke as fast as they could. There would still be three or four rivals at the factory gate who also needed that component. That we were able to act so quickly was not a coincidence. Because we have always had to compete against larger companies, we have invested a lot in the relationship with our suppliers. Those who are small have to be smart, because unlike multinationals, we cannot fight the might of numbers.”

One more problem loomed large in those days. The lung ventilators were made up of components from several countries: Switzerland, Germany, the US, China and the Netherlands. The US wanted to use the Korea Act to keep their components exclusively for themselves. De Wilde: “Fortunately, someone convinced the White House that this was not wise, because then other countries might decide not to supply their components to the US.”

De Wilde foresees a bright future for Unitron: “In our sector, we are a bit of an outsider: innovative, small-scale, flexible. Five to ten years ago, if clients wanted to produce in larger quantities, they would go to China. But nowadays they value production closer to home. We, too, are capable of producing large quantities and not necessarily at a higher price compared to China. Good, reliable and affordable production does not necessarily have to come from far away, so I see a bright future for the medical manufacturing industry. Especially in these parts.”

Collaboration? We’d like to hear more about your idea.